The holding of the Beijing Winter Olympic Games has attracted worldwide attention. A series of ice and snow equipment and core technologies with independent intellectual property rights of carbon fiber are also amazing. The following carbon fiber production technology editor will make an inventory of the equipment made of carbon fiber materials.

2. the light-emitting poles at the opening ceremony of the Winter Olympic Games are made of carbon fiber. According to the introduction of the propsman of the opening ceremony of the Winter Olympic Games, the light-emitting poles used for the opening ceremony are made of carbon fiber composite materials, with a length of 9.5 meters, a diameter of 3.8 cm at the head end, a diameter of 1.8 cm at the end, and a weight of 3 kg and 7 Liang. This seemingly ordinary pole is not only full of science and technology, but also full of Chinese aesthetics of combining hardness and softness! The original lighting pole is a stainless steel prop pole, weighing 6 kg. Although the weight is small, the length is too long, resulting in severe shaking of the pole, which is difficult to control. Finally, the prop group thought of the carbon fiber composite material widely used in the fishing rod, which is not only light in weight, high in strength, but also better in handling. 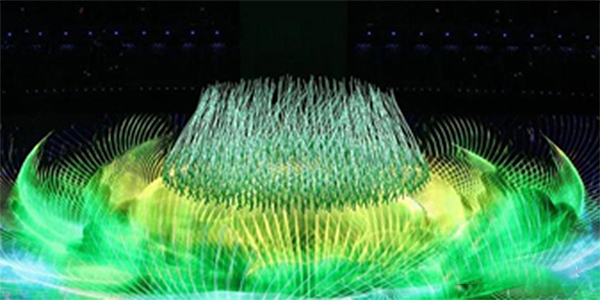